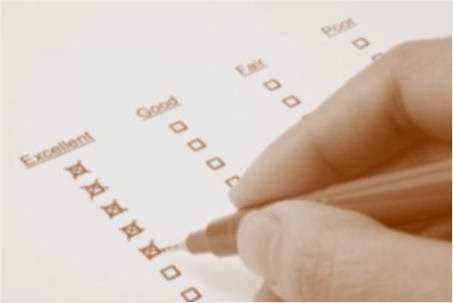 I. Choose the word which has the underlined part pronounced differently from the rest. (1.0 pts)

4. A. understand B. building C. university D. use

1. Each nation has many people who ———— take care of others.

A. on breaking B. at breaking C. in breaking D. of breaking

4. He accused me of having broken his mobile phone .

7. The table needs to tidy up after the dinner.

A. The guider wanrned us not crossing the river, it’s full of crocodiles

B. The guider wanrned us against not crossing the river, it’s full of crocodiles

C. The guider wanrned against not crossing the river, it’s full of crocodiles

D. The guider wanrned us against crossing the river, it’s full of crocodiles

III. Give the correct form of the verbs ( 2pts)

1. Because I had already eaten that food several times, I didn't want it .

2."It was nice of you to invite me to the dinner. Thank you," Miss Lien said to Trang.

5. You were talking to Trang at Tnice café when I went pass.

7.The man wasn’t able to understand English, so he didn’t know what I said. (Use: present participle)

V. Read the passage carefully then answer the questions below (1.5 pt )

events ( in those days women did not participate, though they had their own, independent, events).The idea was to have the best athletes from all over Greece gather in one field and compete every four years. All wars and fighting had to stop while the athletes and their supporters came together in the town of Olympia for a few days to compete in a few events, mostly related to warfare ( throwing the javelin, running, wrestling, boxing and chariot racing). The idea of having the modern Games was suggested in the mid 19th century but they weren't a world event until 1896. Besides being postponed because of wars, they have been held since then every four years in different

cities in the world.

Anwer the questions below:

1. Where did the Olympic Games originate ?

2. How often do the modern Games take place ?

3. When did the modern Olympic Games become a world event ?

Đáp án đề thi số 1
I. Choose the word which has the underlined part pronounced differently from the rest.
1. A 2. C 3. B 4.A

IV. Rewrite the sentences as suggested
1. Having already eaten that food several times, I didn't want it .
2.  Miss Lien thanked Trang forinvitingherto the dinner.
3. She told me that she dreamed ofrunningherown business.
4. He apologized (to me) fornotringingmeto say he'dbe late.
5. I saw you talking to Trang at Tnice café when I went pass.
6. The advertiser suggested installing gas central heating.
7. Not being able to understand English, sohe didn’t know what I said.
V. Answer the question
1. It originated in Greece.
2. They take place every four years.
3. They became a world event until ( after/ since) 1896. 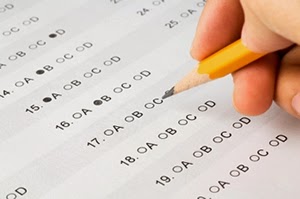 I. Choose the word which has the underlined part pronounced differently from the rest. (1.0 pts)

4. A. use B. student C. university D. volunteer

3. He denied having taken my book away .

6. David:“How about drinking a cup of coffee?”

7.I spent most of my time in the train read my favourite book.

8. He played some games and then went to bed.

A. Playing some games, and then he had gone to bed.

B. He went to bed before having played some games.

C. Having played some games, he went to bed.

D.While he was playing some games, he was going to bed.

III. Give the correct form of the verbs ( 2pts)

2. After he had completed the novel, he went abroad.

3. “Please give me some more money, Mum” Daisy said.

4. Jane was standing outside a shop when I saw her.

6. We live alone, we become independent ( Use: present participle)

7. “I heard that you won the competition. Congratulation!’ said Nancy. ( CONGRATULATE)

V. Read the passage carefully then answer the questions below (1.5 pt )

More and more young people are doing voluntary work abroad. The wild variety of jobs and

and have a year free before university. Many choose to spend these twelve months working in poor

countries. There they will earn little or no money. But they will be doing something useful – and

The work may consist of helping the local communities, for example by helping to build new road

or provide water supplies to isolated rural villages. Other projects may concentrate more on conservation

or environmental protection. Whatever kind of job it is, it is certain to be challenging and worthwhile,

and an experience that will never be forgotten.

Answer the questions below:

1. Who works as volunteer before university?

2. How much money will they get when doing volunteer work?

3. What do they think about the job that they do?


Đáp án đề số 2
I. Choose the word which has the underlined part pronounced differently from the rest.
1. D 2.C 3.A 4.D

V. Answer the questions
1. They are young people who have just left school.
2. They will earn little or no money.
3. Whatever kind of job they do, it is certain to be challenging and worthwhile, and an experience (that will never be forgotten)

This site uses Akismet to reduce spam. Learn how your comment data is processed.